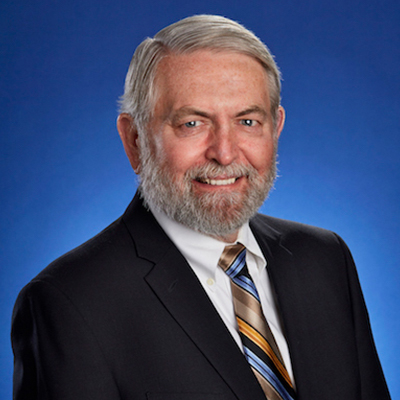 As a more than 30-year Costa Mesa resident, Jim Atkinson was initially elected to the Mesa Water District (Mesa Water®) Board of Directors in 1998 and re-elected each term since. He represents Division 4 which includes the communities of College Park, Mesa del Mar and Monticello, as well as John Wayne Airport and the OC Fairgrounds. Director Atkinson served as Board President in 2002, 2003, 2008, and 2017-2018, and currently serves as Vice Chairman of the District’s Engineering & Operations Committee, as well as an alternate of the District’s Finance Committee.

In addition to serving on Mesa Water’s Board, Director Atkinson was elected to serve as one of seven board members on the Association of California Water Agencies (ACWA) Region 10 Board and is one of two Orange County representatives for Region 10 on the ACWA Groundwater and Water Quality Committee. Additionally, he represents Mesa Water at the Municipal Water District of Orange County, Orange County Water District, and Leadership Tomorrow. He currently sits on the Board of the Urban Water Institute and is Chair on the Water Advisory Committee of Orange County.

Director Atkinson has previously chaired Mesa Water’s Audit Ad Hoc, Executive, Engineering & Operations, Finance, Human Resources, and Public Information Committees. He has served as a Vice President and Director of the Mesa del Mar Homeowners Association and as a Leadership Tomorrow Board member from 2002 to 2006 (after completing the program in 2001).

He holds both a Master of Business Administration and Bachelor of Science degree from the University of La Verne, and worked as the Laboratory Operations Business Manager at The Aerospace Corporation for over 30 years. His experiences there included Business Administration of the Research Laboratory Operations, as well as Construction Management and Facilities Management. Through this employment, he attended earthquake response and recovery training at the California Specialized Training Institute’s Emergency Operations Center. He was also an International Code Conference (ICC) Certified Member and an ICC Certified Plumbing Inspector.

His hobby of racing model sailboats with International One Meter boats led to Director Atkinson’s 2011 appointment to Region 6 Director of the American Model Yachting Association (AMYA) Board.