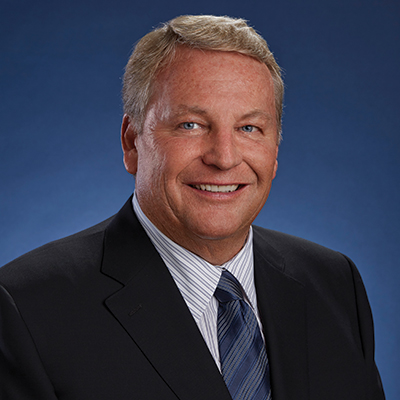 As a 50-year Costa Mesa resident, James R. Fisler represents Division 2 -- encompassing the Mesa Verde area -- on the Mesa Water District (Mesa Water®) Board of Directors. He was appointed to Mesa Water’s Board in August 2009, elected in 2010, and re-elected in 2012, 2016 and 2020. Director Fisler served as Board President between 2012-2014. In addition to serving on Mesa Water’s Board, Director Fisler serves the Association of California Water Agencies as a member of its Local Government Committee, and as Immediate Past President of the Independent Special Districts of Orange County. He also enjoys being a commissioner on the Orange County Housing and Community Development Commission (H&CD), having been appointed to that position in 2017 by the Orange County Board of Supervisors. In 2019, he was selected to be Vice Chair of the H&CD.

Director Fisler’s interest in joining Mesa Water began after attending several Board meetings, where he was motivated by the prospect of being involved in water supply, water storage, and water delivery to the community, in addition to promoting water use efficiency and the efficient delivery of government services.

Director Fisler is a Broker/Associate with Torelli Realty in Mesa Verde. Prior to that, he was a regional manager for Nordstrom for over 12 years. Both positions have equipped him with the skills and expertise to provide outstanding customer service.