COSTA MESA, Calif.; August 27, 2019 — Mesa Water District (Mesa Water®) Director James R. (“Jim”) Fisler was selected to be Vice Chair of the Orange County Housing and Community Development (H&CD) Commission. He will serve as Vice Chair for a one-year term. He was originally appointed to the H&CD Commission by the Orange County Board of Supervisors in 2017. 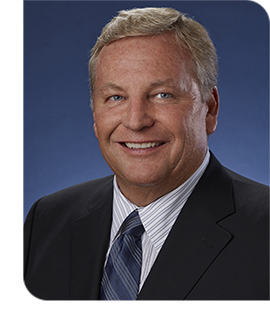 “I am pleased to continue serving on the Housing and Community Development Commission and am honored to be selected as Vice Chair. I look forward to working with Commission Chair and City of Orange Mayor Pro Tem Mike Alvarez on continued leadership of the Commission,” said Director Fisler. “The commissioners and I are committed to working diligently to positively transform the lives of Orange County residents by connecting people with resources.”

The H&CD Commission, consisting of 11 members, provides advice to the Orange County Housing Authority (Board of Supervisors) and Orange County Community Services on housing-related needs of low-income families.

Director Fisler was appointed to Mesa Water’s Board of Directors in August 2009, elected in 2010, and re-elected in 2012 and 2016. He represents Division 2, encompassing the Mesa Verde area. Director Fisler served as Board President from 2012 to 2014, and currently serves as Chairman of Mesa Water’s Finance Committee and as Vice Chairman of its Legislative & Public Affairs Committee.

Director Fisler has a passion for public policy and community service. He was recently elected to serve as a Special District voting member on the Orange County Local Agency Formation Commission. In this critical role, he represents the mutual interests of Orange County’s water, wastewater, sanitary, cemetery, library, vector control, recreation and parks, and other special districts.

Additionally, he serves the Association of California Water Agencies as a member of its Local Government Committee; and, as Immediate Past President of the Independent Special Districts of Orange County. A long-time resident of Costa Mesa, he has also served as Vice Chair of the City of Costa Mesa’s Planning Commission, and as a City Parks and Recreation Commissioner, among other City of Costa Mesa Boards and Committees.